Every single animal on this planet has right to live peacefully. Every single animal existed on this planet plays a very important role in order to carry out various other activities that affect human chain as well. Humans treat animals very brutally. They murder, torture and slaughter them for their own benefit. This is one of the most brutal crime done my humans. And they don’t even feel guilty for what they do and live peacefully. When a human is murdered by another human, then a punishment is given. When an animal is killed by human, no action is taken. Action is only taken when severe sensitivity is seen in the case. Otherwise humans are free to kill any animal. That’s why this crime is increasing day by day. 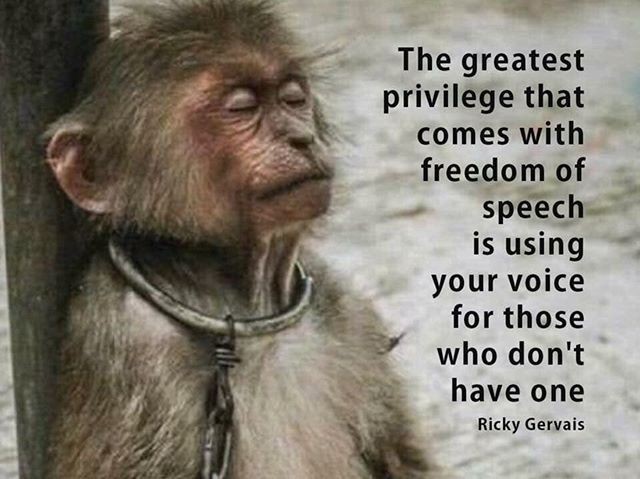 Animals like dogs and cats when build a connection with humans, they respect that bond no matter what kind of language is. Language doesn’t become a barrier for their bond. Animals when create bond with humans, they can go to any extent to protect their owner. They don’t ever care of themselves, for them their utmost priority is to protect their owner. Now you can imagine how much caring they are. They are even more caring then we humans are. And on the other hand we humans torture them. We put them in zoo in order to gain as much money as we could. They should be allowed to live freely. Like we humans have liberty to live then why not those animals. We humans are animal too. Like we live freely, have full access to all the necessities. Then why do we put animals in cages?

Every species on this earth should be treated same. If we have built certain laws that can protect citizens from criminals, then why we cannot create laws that can protect animals as well? A lot of animals have lost their homes. Deforestation has made them to migrate from one place to another. We humans are selfish. We can go to any extent to fulfil our needs. Desire should be there within each individual, but don’t use it for selfish purposes only.