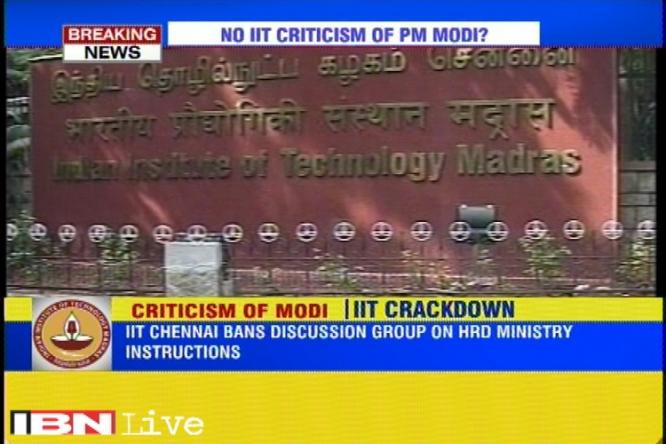 The MHRD today directed IIT Madras to ban a forum which was discussing against Narendra Modi and his policies. The Ambedkar Periyar Student Circle was restricted from holding the discussion at IIT Madras after the MHRD received a complaint. It was alleged the student organisation was mobilising the SCs and STs against the policies like beef ban and propagating Hindi. Most of the political parties have protested against the move and called its as curbing of freedom of speech.