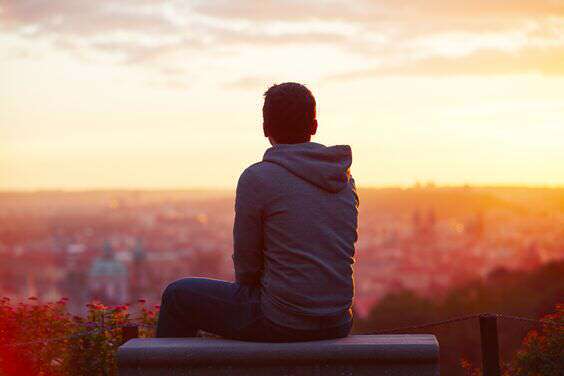 He was laughter, He was love, He was a friend.
A protective Brother, An ideal father and a Caring husband.

Warmth, Affection and sacrifice was all He was made of
But, Whatever He did was never paid off.

Everyday was a battle for him as well,
But Oh, Poor masculinity, He was too afraid to tell.

On days he wanted to speak up about whatever he has been,
but was scared enough, to sound too feminine.

In this world, which seems to work perfectly fine,
Did we ever gave a thought, Why are Girls too scared to be out after Nine.

A day came when he gave a shot to who’s mistake it really Is? And why do we play this Blame Game?
After recollecting almost every incident, down the memory lane, He Found This Whole Division to Supremely Lame.

Of all the constant reminders, we get to be MORE MANLY, or to SIT LIKE A GIRL, to NOT CRY OUT LOUD, or to KEEP OUR VOICES LOW, to WORK HARD TO MAKE A FAMILY or to MAKE ROTIS PERFECTLY GOL.
Our little world seems to twirl and whirl!

You reap what you sow, now where do you think all this toxicity you embedded will go?
To the times, When I wanted to raise my voice for her but was Too tiny to show.
YES, I’ve Said Yes, When I really wanted to say NO!
Now all of those incident start to flash, as I close my eyes and learn to let it go.

Is it just about how strong and empowered are women? Or how Sick is Toxic masculinity?
what point are we trying to prove?
Now this Division which we have created is just so vague,
We’re all bit flawed, because flawless is so fake!

Bit of acceptance, respect and love is all we need to fill these gaps.
Empathize with her and show him some warmth.
Before misogyny, agonizes and feeds up this demonic wrath.

Years later from now, Gynocentric and misandry would seem so unreasonable
because long back, The world changed it’s lens, to EQUITY from EQUALITY.

NOT ALL MEN ARE TRASH AND NOT ALL WOMEN ARE GOLD DIGGERS
Trust yourself Dear, These are just social media triggers.