Pubg is one of the most popular games right now. Everyone knows about it. The full form of Pubg is PlayerUnknown’s Battleground. The game is played by millions of people. The thing which is used to be for recreation has become an addiction now. Addiction of anything is harmful even if it is of a mere video game.

People spent a lot of their time playing Pubg. They have almost lost connect with real world and for them playing Pubg is everything. Recently, there was some news regarding a teenager spending around 16 lakh from his father’s account for upgrading his gaming account. It has also resulted in suicides and murders in some cases. Similar incidences have happened in the past and are keep happening now too. 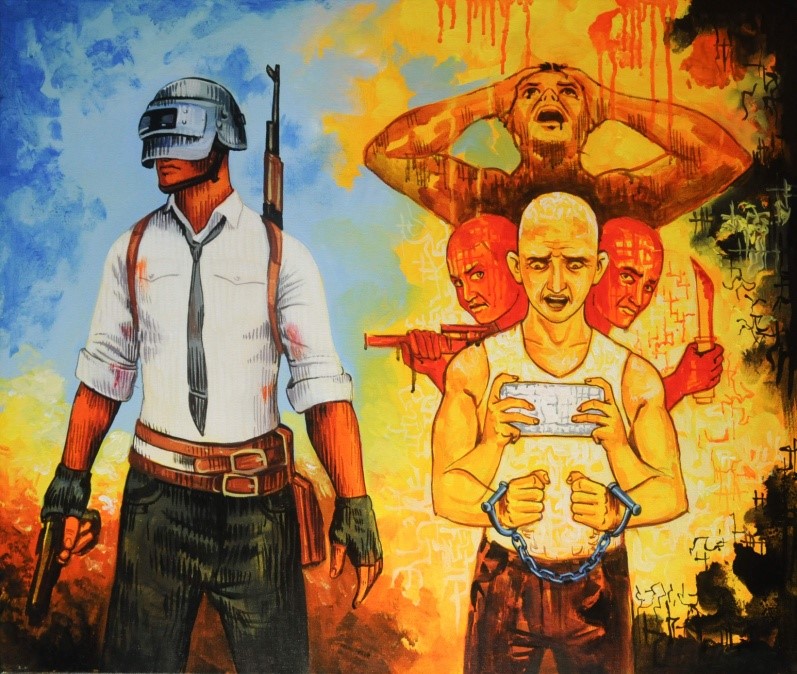 People have become se addicted with this game that they are not even able to differentiate between what is right and wrong for them. They ignore their studies and even their loved ones for Pubg especially teenagers. This addiction is most harmful for them. As they are in their developing phase and just sitting at one place and playing game is not going to take them anywhere.

Staying on mobile for a long time also has adverse effect on health of people. They are becoming distant from loved ones which are destroying their relationships. Everything is good in limit only. When it crosses its limit, it becomes harmful.

No one can immediately stop the thing which they are addicted to. Everything takes time. Sincere efforts are needed. People should start by reducing time they spent on game and start focusing on other important things. Personal and professional both lives need sincere efforts. Develop hobbies which are rather beneficial and helps in your growth as a human being. One should utilize their time carefully.