We have always been taught to be truthful and not to lie. But people do lie and being untruthful. In the name of not hurting others feelings or when they do something which is not acceptable then they lie. Lying is a learnt behavior and not natural like other things like hunger or laughter. 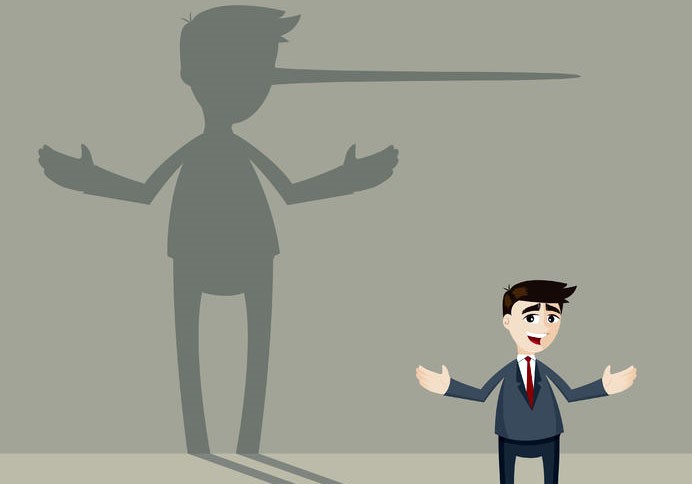 People lie sometimes to portray themselves the way want to be. They promote themselves in the name of lying. In order to gain moment’s pleasure, people lie. This is done sometimes in order to have professional benefits or for creating the image one wants for them. People also lie when they do something wrong or misdeed.

To avoid confrontation, they lie. Sometime in order to impress others and gain admiration from others, people do take path of lying. It is also done in order to protect yourself or others. Whatever be the case, lying is not the solution. One day or another, truth is going to come out anyways. Either truth get revealed by others or sometime the liar themselves admit that they did lie.

It is better to not lie often and hurt anyone’s sentiments. One never knows the effect of lying on others. They just trusted you for your words and when they get to know that you lied that have a lasting impression on their life. They have difficulty in trusting others and there’s nothing worse than that.

One should refrain from lying as much as they can be. Honesty is always appreciated.

“Time will inevitably uncover dishonesty and lies; history has no place for them.”     Norodom Sihanouk